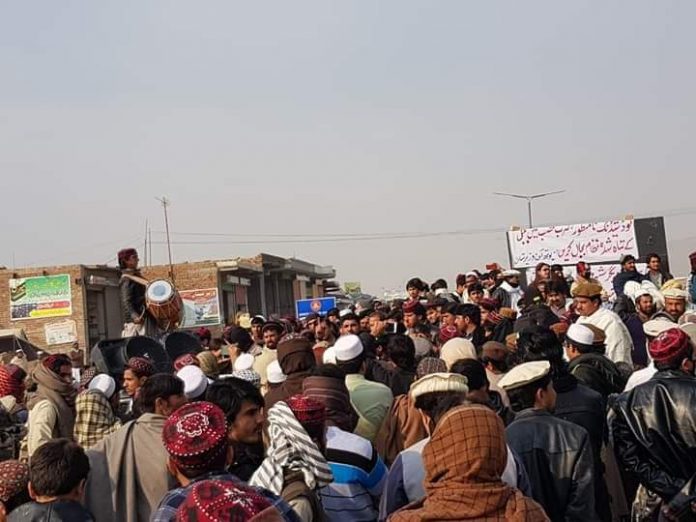 MIRANSHAH: The Youth of Waziristan on Sunday held a protest demonstration in favour of their demands at Mir Ali Chowk in North Waziristan tribal district.

The Youth of Waziristan president Noorul Islam said while addressing the rally that undue delay was made in payment of compensation to the people affected due to militancy and military operations in North Waziristan. He said compensation must be paid to the affected families without further delay.

The Youth of Waziristan leader also demanded extension of Benazir Income Support Programme (BISP) to North Waziristan. He said the hospital in Mir Ali must be upgraded and availability of all the medicines should be ensured.