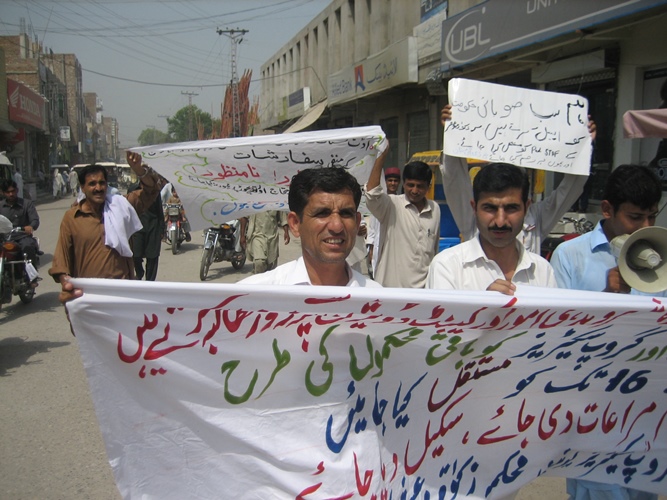 BANNU, August 8: The employees, working on fixed pay in audit section of the Zakat Department in Bannu, have protested non-provision of salaries for last five months and for the regularisation of their services.

The employees, hailing from Bannu, Lakki Marwat, Tank and Dera Ismail Khan, staged a rally in front of the Bannu Press Club.

They also blocked road in front of the press club for half an hour and demanded the government to fulfill their rights.

Mr Shafqatullah, chief of the the Zakat audit section, said they would extend their protest to the entire province if their demands were not met.