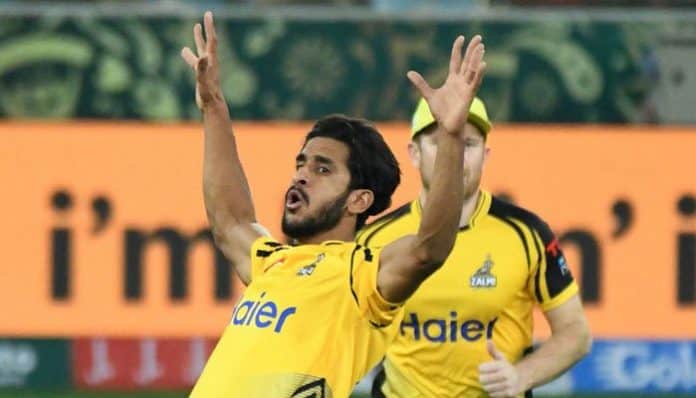 PESHAWAR: Peshawar Zalmi thrashed Lahore Qalandars by seven wickets in a match of the Pakistan Super League in Dubai on Sunday.

Zalmi invited Qalandars to bat first and sent them crashing for 78 runs, the second lowest in the PSL’s history. The lowest score of the PSL (59) was also scored by Qalandars against the same opposition in the 2017 edition.

AP Devcich was top scorer with 18 runs, while AB de Villiers (c) scored 14 and Agha Salman 13. The rest of batsmen failed to reach double figures which summed up the sorry state of affairs for Qalandars.

Hasan Ali was the star of the show with four wickets, while Wahab Riaz took three wickets and Ibtisam Sheikh took two wickets.

It was a smooth sailing for Zalmi which they came for chasing the tiny target. Although openers Kamran Akmal (0) and Imam-ul-Haq (1) were out cheaply, but then Umar Amin ensured smooth sailing with his fluent inning of 61. Zalmi chased the target on the first ball of eleventh over, ending a forgettable day for Qalandars.

For Qalandars, Shaheen Shah Afridi, Haris Rauf and Rahat Ali took one wicket each. Hasan Ali was declared player of the match.

Quetta also followed the current trend of winning the toss and choosing to field first and that worked well for them. Despite initial jitters, United managed to sacore 157 runs for the loss of eight wickets due to good batting by the lower order batsmen. Parnell was top scorer for United with 41 runs, while Asif Ali scored 36 and Hussain Talat scored 30. 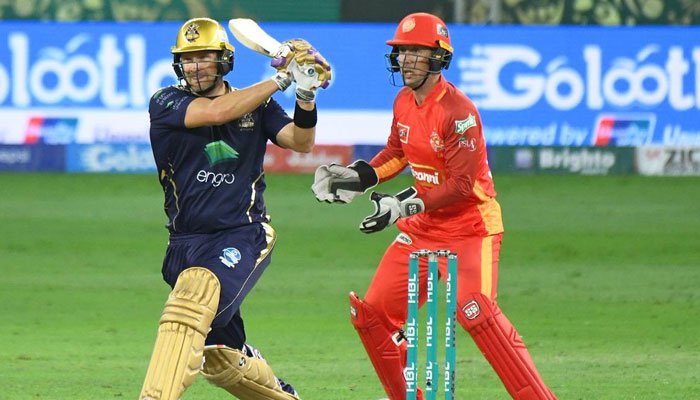 Gladiators surpassed the target in the 19th over due to brilliant batting of Shane Watson who scored 81, while Umar Akmal also looked good with 44.

For United, Samit Patel, Rumman Raees and Delport took one wicket each. Watson was declared player of the match.

The next match of the PSL-4 will be played in Sharjah on Wednesday between Quetta Gladiators and Multan Sultans.