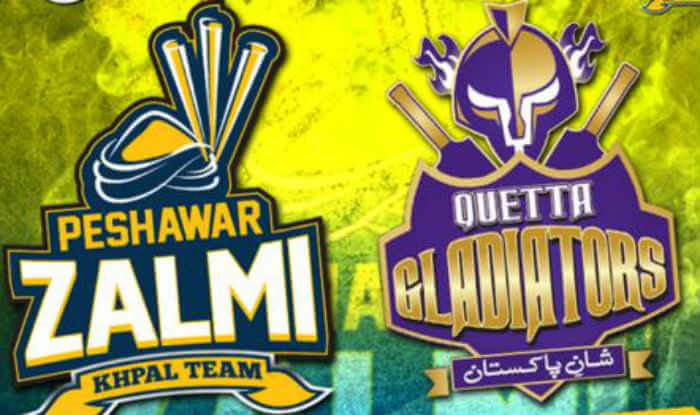 PESHAWAR: The first qualifier of the fourth edition of the Pakistan Super League (PSL) will be played between Peshawar Zalmi and Quetta Gladiators today (Wednesday) at the National Cricket Stadium Karachi.

The match will begin at 7:00pm (PST). Peshawar Zalmi finished on top of the points table with 14 points after the league matches of the PSL, while Gladiators are placed second with 14 points. Zalmi are on top because of better run-rate. Both the teams played their last matches against Karachi Kings in Karachi, in which Zalmi emerged victorious, while Gladiators lost after a close contest.

In the two league matches between the two teams in PSL-4, Gladiators emerged victorious. They won the first encounter by six wickets and second contest by eight wickets. By that record, Gladiators will be confident to seal final spot today, however, Zalmi have the winning momentum and they are equally good to challenge Quetta. Both teams have faced each other 12 times in PSL, in which Gladiators won six times, Zalmi won five and one match ended without result.

The winner of today’s qualifier will directly qualify for the final, while loser will get another chance. The next game will be eliminator in which Islamabad United will face Karachi Kings tomorrow (Thursday). The loser will be eliminated, while the winner will play the loser of first qualifier on Friday. This match will be a virtual semi-final, because the winner will qualify for the final. The final of the mega event will be played on Sunday, March 17.

Full-house is expected at the National Stadium as the fans are showing a lot of enthusiasm to watch the match.