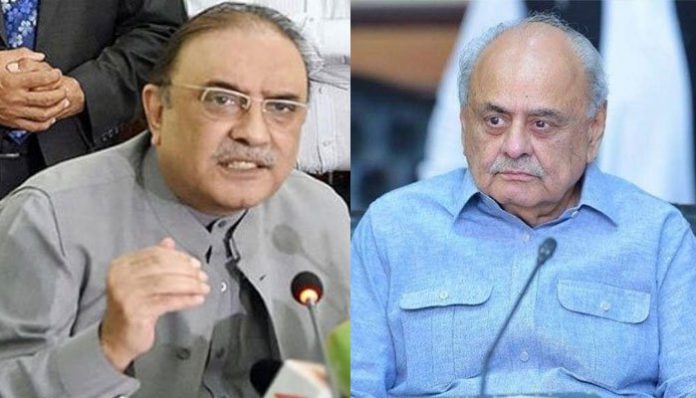 Talking at Geo News program, Shah said that it is not the responsibility of jail officials to transfer the patient from prison cell to hospital as Zardari is in the custody of National Accountability Bureau (NAB) and the doctors’ panel can decide whether he can stay in jail or in the hospital.

“The government is not involved in this case, he is a prisoner of NAB and in jail,” said the interior minister. “When he (Zardari) tells the medical board that his condition is worse, he is shifted to PIMs Hospital.”

“Is it also the responsibility of the government that the prisoner has become ill? it is from Allah,” the minister said

On August 29, the co-chairman and former president of PPP Asif Ali Zardari were shifted to the Pakistan Institute of Medical Sciences (PIMs) for medical examination. Hospital sources said that Asif Ali Zardari suffered from back pain and heart issues, on which he had various tests. Later, former President Asif Ali Zardari was transferred from the hospital to Adiala jail after the test was completed.

However, on August 30, Zardari’s daughter Asifa Bhutto had warned that if anything happened to her father, the ‘selected’ government would be responsible for it. “The doctors told me that they were being pressured to transfer Asif Zardari to jail,” she has alleged.

National Accountability Bureau (NAB) arrested former president in Islamabad High Court on June 10 after his pre-arrest bail was rejected in a fake accounts case. On August 16, the court transferred the former president to Adiala Jail on judicial remand. After the transfer, the PPP leaders accused the government of not providing health services to Asif Ali Zardari.