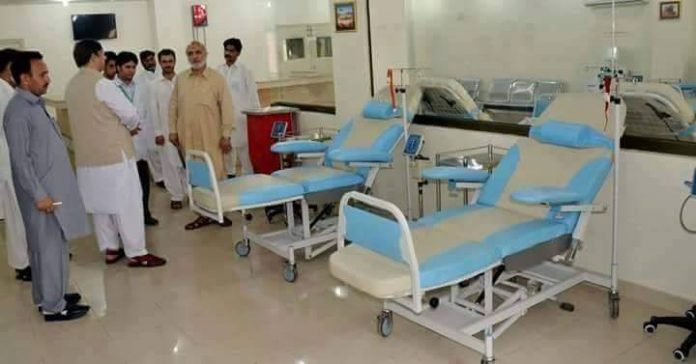 PESHAWAR: Apart from the fact that the third wave of coronavirus is at its peak in Pakistan with most deaths and infections in Punjab followed by Khyber Pakhtunkhwa, there are still some areas in KP where no death has been reported from the pandemic since its first wave.

In KP, no death from coronavirus has been reported from five districts including Tank, Kolai Palas, Upper Kohistan, Lower Kohistan and Torghar. According to Health Department data, as many as 1,022 people contracted coronavirus in these districts and all of them recovered.

There are also six more districts in KP where the death toll is less than five. Peshawar is the most affected district of KP due to influx of people from different parts of the province and also from other parts of the country. Corona infections in the provincial capital have crossed 48,000 and over 1,880 people have succumbed to the virus in the district so far. Peshawar is followed by Swat, the native town of Chief Minister Mahmood Khan, with over 7,800 infections and around 300 deaths.

As many as 104 more people lost their lives to coronavirus in Pakistan during the last 24 hours, raising the death toll to 19,856.

The total caseload of confirmed virus cases in the country is 886,184, according to official data shared by the National Command and Operation Centre (NCOC). As many as 41,771 tests were conducted during the last 24 hours from which 3,256 returned positive.

The coronavirus positivity ratio in Pakistan stands at 7.79 percent, whereas about 799,951 people have recovered across Pakistan from the virus, and the recovery rate is 90.3 percent.

It is widely believed that the actual number of coronavirus cases and deaths is much higher as many people opt against corona tests and go for traditional ways of treatment.

According to details shared about the corona vaccine administered across Pakistan, on Tuesday, as many as 212,625 people got the vaccine. A total of 4,745,378 vaccine doses have been administered so far in the country.