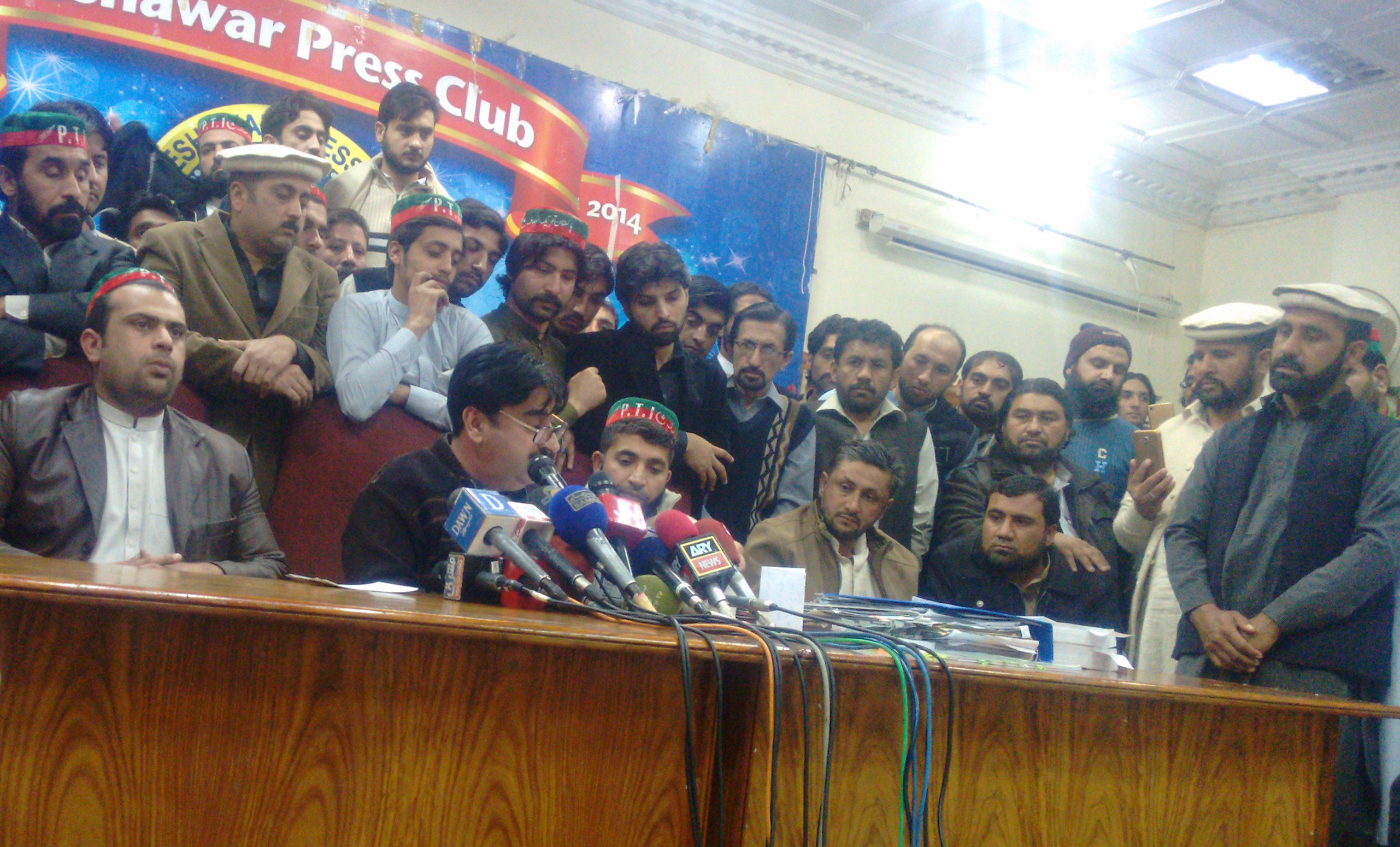 PESHAWAR, 17 December: Former provincial minerals minister and member of Khyber Pakhtunkhwa Assembly from the ruling Pakistan Tehreek-e-Insaf Zia Ullah Afridi has alleged that Chief Minister Pervez Khattak has been using the KP Ehtesab  Commission for political victimization of his opponents.

Addressing a news conference in Peshawar press club on Saturday the former provincial minister said contrary to the claims of the provincial government, Chief Minister Pervez Khattak had been meddling in the affairs of the anti-corruption body.

“The Ehtesab Commission is being used by Pervez Khattak to pursue his own interests and arrest opponents. The former director general of Ehtisab Commission had made it clear that proofs against Pervez Khatak were received but, the government amended the Ehtisab Act and curtailed its powers,” he maintained.

“False witnesses were produced in the court and special investigators were recruited against me. I was subjected to political victimization,” he remarked.

The PTI lawmaker further said that the Ehtesab Commission is no more an independent commission as its officials are always in contact with the chief minister.

“Pervez Khattak is the enemy of Pakhtuns and PTI. He has destroyed the party in the province. I appeal to the Chief Justice of Pakistan and PTI Chairman Imran Khan to hold an inquiry into the cased of the Ehtesab Commission to unfold the truth.”

The former minister dispelled the rumors of joining any other party and said that he was still in PTI.

It merits recalling here that Zia Ullah Afridi was arrested by the Ehtesab Commission on charges of corruption while he was a Minister of the Minerals Department. He spent almost a year in jail and is presently released on bail by the Peshawar High Court.