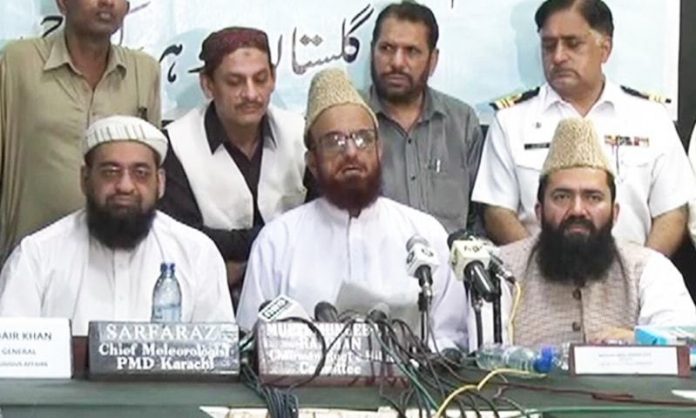 PESHAWAR: Chairman of Central Ruet-i-Hilal Committee Mufti Muneeb Ur Rehman on Friday evening announced that Zil hajj moon has been sighted in Pakistan and thus Edul Azha will be celebrated on August 12.

The unofficial moon-sighting committee of Masjid Qasim Ali Khan in Peshawar led by Mufti Shahabuddin Popalzai has already announced that Eidul Azha will be observed on August 12 as the moon was not sighted in any part of Khyber Pakhtunkhwa on Thursday. Thus, unlike Eidul Fitr, Eidul Azha will be celebrated across Pakistan on the same day.

Federal Minister for Science and Technology Fawad Chaudhry, in June, had announced that this year, Eidul Azha will be on Monday, August 12. The minister had made the prediction on the bases of his ‘scientific lunar calendar’. The calendar which was made to end the moon-sighting controversy in the country but it was already rejected by Mufi Popalzai and other Ulema from Peshawar.

The meeting had unanimously decided that 30 days of Ziqad must be completed and Eidul Azha must be observed on Monday, August 12, as no evidence of moon sighting was received from KP due to overcast conditions.

Meanwhile, Zil Hajj moon was sighted in the Kingdom of Saudi Arabia on Thursday. The Kingdom will observe Eid on Sunday, August 11, according to an announcement by the kingdom’s Supreme Court. Arafat day, which marks the climax of the annual Hajj pilgrimage and falls on the ninth day of Zil Haj, will fall on August 10.