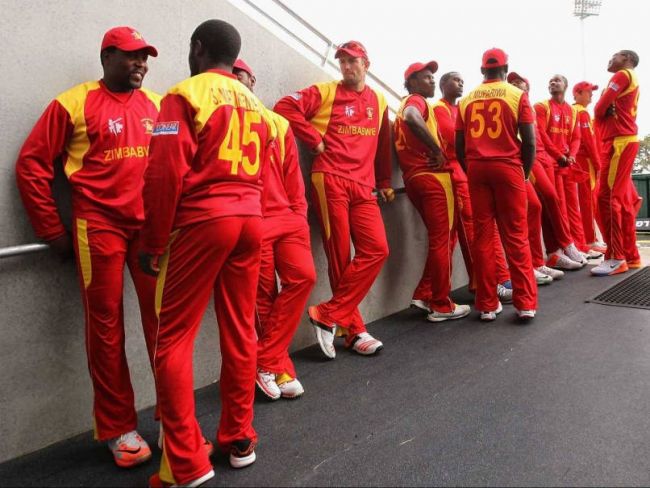 PESHAWAR, 19 May: Keeping all security concerns aside, the Zimbabwe cricket team arrived in Lahore last night for a cricket series against Pakistan.

Punjab Home Minister Shuja Khanzada and a number of Pakistan Cricket Board (PCB) officials welcomed the Zimbabwe cricket team at the Lahore Airport. Mr Khanzada hoped that this tour will open a chain of visits to Pakistan by international teams.

The host team members and officials were taken from the airport to their hotel in strict security escort. Police, Rangers and other law enforcement agencies personnel have also been deployed at the team hotel to ensure foolproof security to the Zimbabwe team.

Zimbabwe is the first cricket team to visit Pakistan after a militant attack on the Sri Lankan team in Lahore in 2009. Two T-20 and three one-day matches will be played between Pakistan and Zimbabwe during the tour.

The cricket fans are very happy over resumption of international cricket in Pakistan.

“I am very happy over resumption of international cricket in Pakistan. This is a very positive step which will boost the confidence of other cricketing countries to sent their teams to Pakistan,” a cricket fan told TNN.

“Our grounds will now host international matches which is a very good news for us,” another cricket enthusiast said.

“Our country has been damaged badly by terrorism. International cricket at Pakistani soil will certainly bring smile back on the faces of cricket lovers,” another fan told TNN.